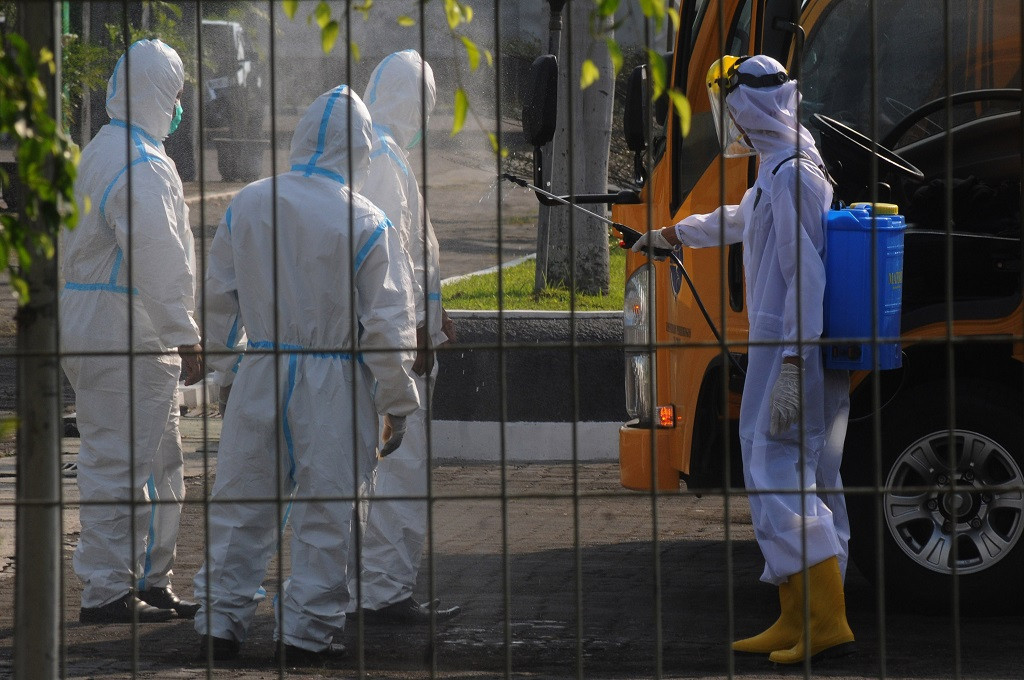 The national COVID-19 task force also reported 277 new deaths from COVID-19 on the same day, taking the total to 53,753. Meanwhile, a total of 1.77 million patients have recovered.

Jakarta recorded the highest single-day jump in the archipelago with 4,144 additional cases. Significant surges were also reported in West Java and Central Java with 2,800 and 1,752 cases, respectively.

The country has seen surges of COVID-19 cases in several regions of the country, including Central Java and parts of East Java. The rising case numbers have occurred in the weeks following increased mobility during the Idul Fitri holidays.

Kudus regency became the hardest-hit region in Central Java after it reported nearly 930 new cases between May 24 and 30 — up from 26 cases detected the week before. Cases in the regency grew by a factor of about 77 in the three weeks following the Islamic national holiday.

Health authorities found that the Delta variant of the coronavirus, which was first detected in India, most likely caused the recent surge in Indonesia.

Health Ministry spokesperson Siti Nadia Tarmizi said on Tuesday that authorities had found 145 samples containing any one of three variants of concern during a whole-genome sequencing effort conducted in 12 provinces. Of the 145 samples, 104 contained the Delta variant.

Read also: Back to square one

Many experts have urged the government to reimpose large-scale restrictions to prevent further COVID-19 transmissions as healthcare services in several regions have been overwhelmed by suspected and confirmed patients. The COVID-19 hospital bed occupancy rate has reached at least 70 percent in several regions.

However, the government has opted out of imposing stricter restrictions, with the Health Ministry saying that the current micro-scale public activity restrictions (PPKM Mikro) have been very effective. (kuk)