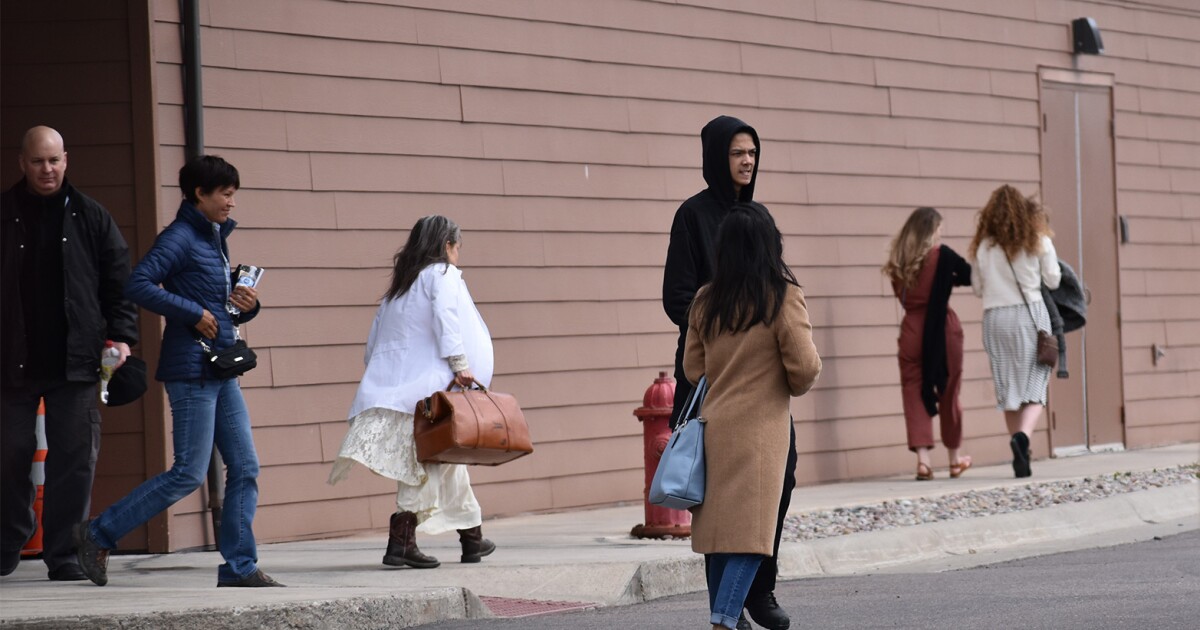 Some worry that a viral video made by a Flathead county board of health member addressing churchgoers is helping sow misinformation and distrust in government social distancing directives.

In the week leading up to Easter, Chuck Baldwin, the leader of Liberty Fellowship in Kalispell said he would continue holding in-person services in violation of Gov. Bullock’s order prohibiting non-exempt gatherings outside of Montanans’ homes.

“Am I now going to allow a bunch of misguided physicians and government bureaucrats tell me that I can no longer serve God the way he has called me to serve him? If I were to do so, I would be less than a Christian,” Baldwin said during the service. [See correction below]

Baldwin kept his promise on Easter Sunday when about 45 people gathered to hear him speak.

Public health officials say social distancing orders are needed to slow the spread of the disease caused by the novel coronavirus, which has no known cure or vaccine.

Baldwin views the restrictions as an attempt by the government to infringe upon his congregation’s freedoms. That message is gaining much more traction online with the help of a Kalispell physician.

In a Youtube video from early April viewed more than 600,000 times, Dr. Annie Bukacek walks up to the podium wearing a white lab coat with a pink stethoscope around her neck, right after Baldwin emphasizes that she’s an appointed member of the Flathead City-County Health Board.

Bukacek contradicts health experts and claims that the federal Centers for Disease Control and Prevention is artificially spiking the number of coronavirus deaths by telling doctors to list COVID-19 as the cause of any kind of respiratory related fatality. The CDC reports over 20,000 in the U.S. have died from COVID-19.

“People are being terrorized by fear mongers into relinquishing cherished freedoms,” she says in the video.

Bukacek did respond to MTPR’s request for comment, but asked that questions be submitted via email. She did not respond to those questions by deadline.

Dr. David Myerowitz, a retired cardiac surgeon and former chairman of the Flathead City-County Health Board says Bukacek’s claims are inaccurate. He points to the CDC’s data on the coronavirus outbreak from February 1 to April 4.

“During that timeframe, which covers most of this outbreak, they list 4,984 deaths from COVID-19, but 36,000 deaths from pneumonia. So, if they were trying to get every possible death that involved a respiratory illness listed as COVID-19, they aren’t doing a very good job of it.”

Myerowitz says Bukacek’s recent viral video is dangerous, and could boost other views, like Bukaceck’s skepticism of vaccinations.

“If they come out with a vaccine — because this disease is likely to reoccur in the next 12 months — will she be against using a COVID-19 vaccine also?”

The far reach of Bukacek’s comments at Liberty Fellowship is also worrying some outside of the medical profession. Travis McAdam with the Montana Human Rights Network says Bukacek’s background as a practicing medical professional could mean anti-government groups reach a larger audience.

“Any time there is a crisis like this, anti-government groups try to exploit it to recruit new people.”

“We just hope that the vast majority of community members are able to see through that.”

Both the Flathead City-County Public Health Department and County Attorney’s office say that unless a complaint is filed, they won’t take action against Liberty Fellowship for holding in-person gatherings.

Some elected officials in the Flathead Valley are taking issue with Bukacek’s role in pushing back against local emergency actions surrounding coronavirus. Besides her viral video, Bukacek organized an in-person protest against the Kalispell City Council’s state of emergency declaration.

County Commissioner Philip Mitchel says Bukacek is toeing the line of what’s acceptable and he’s looking into whether there are grounds for her removal from the county health board.

“My opinion: I’m very disappointed in Annie Bukacek right now. Extremely disappointed. But it also takes two or more commissioners to do this. I think she can also not be removed from a board unless she’s done something illegally.”

That’s a specific point that his two fellow commissioners, Randy Brodehl and Pamela Holmquist agree with, though they don’t take direct issue with how Bukacek has expressed her opinions on the coronavirus outbreak in Montana.

Correction 04/15/20, 2:45 p.m. : This post has been updated to correct a transcription error in a quote from Chuck Baldwin’s video. We regret the error.

The correct quote is: “Am I now going to allow a bunch of misguided physicians and government bureaucrats tell me that I can no longer serve God the way he has called me to serve him? If I were to do so, I would be less than a Christian.”

The original, erroneous quote said: “Am I now going to allow a bunch of misguided physicians and government bureaucrats tell me that I can’t serve God the way he has called me to do so? If I were to do so, I wouldn’t be a Christian.”