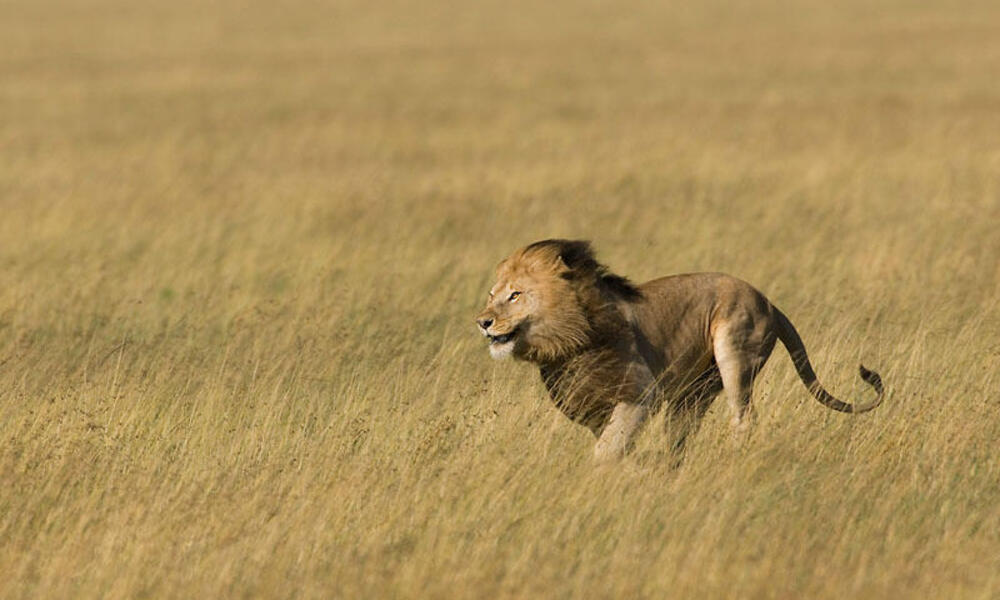 The lion has forever been a symbol of strength, power and ferocity.  During WWF tours to Africa, seeing the majestic species up-close is sure to be a spine-tingling experience.

10. African lions are the most social of all big cats and live together in groups or “prides.” A pride consists of about 15 lions.

9. Male lions defend the pride’s territory while females do most of the hunting. Despite this, the males eat first.

8. These majestic cats are threatened by habitat loss. The lion is listed as vulnerable on the IUCN Red List of Threatened Species.

7. The lion was once found throughout Africa, Asia and Europe but now exists only in Africa with one exception. The last remaining Asiatic lions are found in Sasan-Gir National Park in India, which was primarily created to protect the species. Currently, there are approximately 350-400 lions in the park.

4. Even though the lion is sometimes referred to as the “king of the jungle,” it actually only lives in grasslands and plains. The expression may have come from an incorrect association between Africa and jungles or may refer to a less literal meaning of the word jungle.

3. A good gauge of a male lion’s age is the darkness of his mane. The darker the mane, the older the lion.

2. A lion’s heels don’t touch the ground when it walks.

Search for lions with WWF on an African safari.