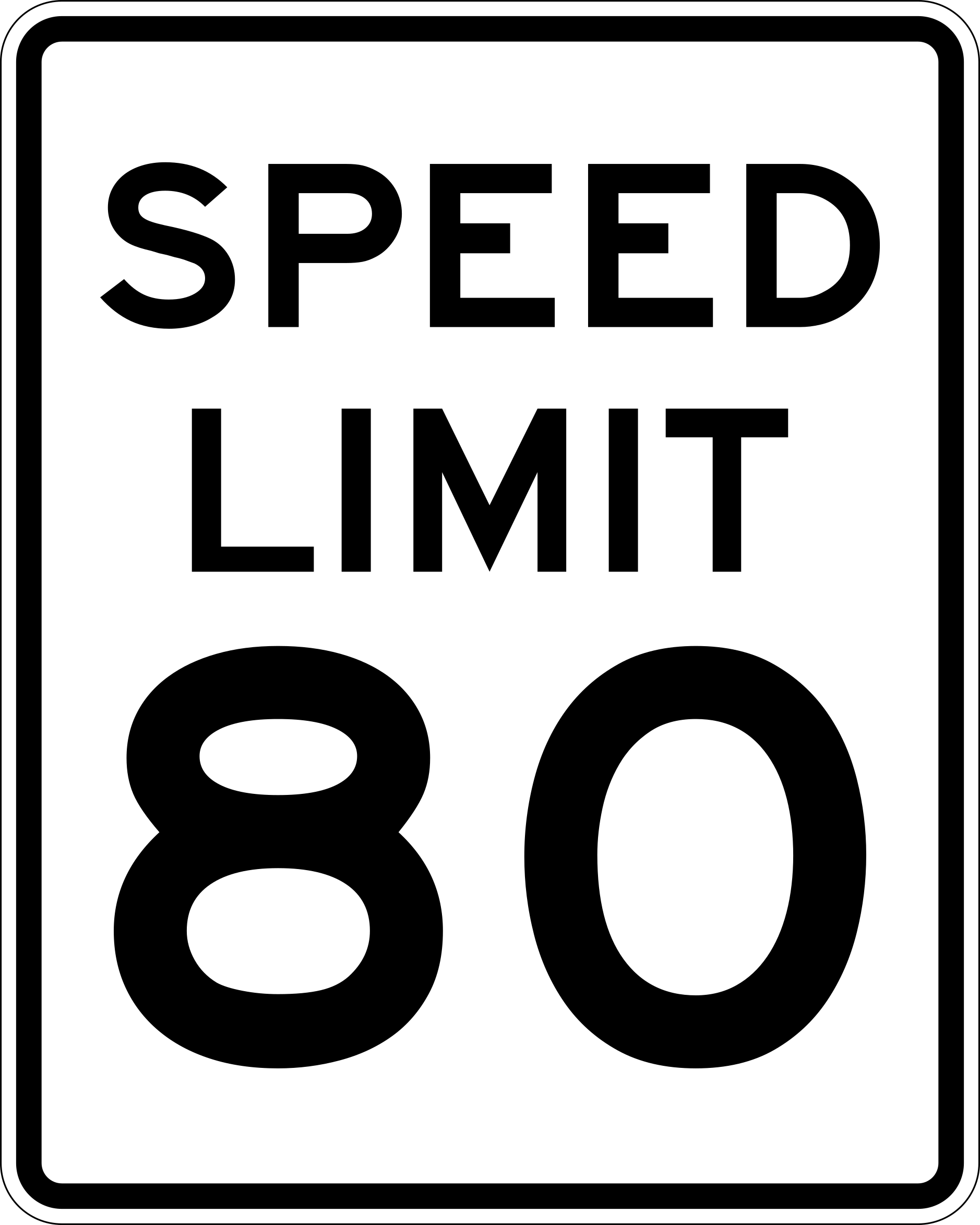 Perhaps the most visible and economically significant form of traffic regulation, most people think they have a grasp of what the sign means. While not generally addressing towing, one of the best resources for speed limit law has for decades been the page maintained by John Carr at MIT, who more recently contributes as a writer for the National Motorists Association. It isn’t always the most up-to-date, but for generally applicable limits, it’s the place to go. He also includes discussion of tolerances, absolute vs. prima facie limits, and speeds at which various state laws carry significant penalty or additional reckless driving charges.

But he doesn’t include truck or RV speed limits. Fortunately, the number of states still clinging to split speed limits continues to fall. Every state has a basic speed law that requires you to drive at a safe speed–which for an RV often means less than the limit, especially in the many states with 75 and 80 mph limits in effect. The limits of the road, weather, traffic, your vehicle, and your skills as a driver all enter into the determination of what speed is safe, and it’s hardly constant. When the Ohio Turnpike commission experimented with eliminating the 55 mph restriction on vehicles over 8,000 lbs, the results were sufficiently compelling that the legislature eliminated them on the interstate system statewide.

For the most part, there are now only 5 states where an RVer is subject to a general speed restriction different from the rest of traffic: California (55), Idaho (70), Indiana (65), Montana (70), and Washington (60). Of those, California is the worst offender, requiring you to drive 15 mph slower than the generally applicable speed limit for cars. But remember: your duty is first to drive at a speed that is reasonable and prudent under the conditions existing while you’re behind the wheel. Even if the law doesn’t specifically prohibit driving 85 mph for your vehicle, the basic speed law may require you to drive at a different speed. The same is true for slow speeds as well.

The charts below summarize the basics, but continue reading for more detail. The table at the end of the page includes a 50-state list, with links to state statutes. Remember that just because your vehicle is defined or registered as an RV in one state doesn’t mean that you’re not a truck in another state’s speed laws.

Of course, they don’t apply to the same vehicles. Since there are only 5 of them, we’ll go through the regulations one-by-one.

Section 22406 of the California Vehicle Code establishes a 55 mph limit for certain types of vehicles, as defined in Division 1.

Any motorhome not towing: 70.

A motorhome as we normally think of one is called a housecar in California, and even if it has 3 axles, is a passenger vehicle not a motortruck or truck tractor. So a motorhome not towing doesn’t fall under either 22406(a) or (b). When it’s towing, it’s clearly a passenger vehicle drawing another vehicle, and subject to the 55 mph limit as a result of 22406(b).

With any trailer in tow: 55

Whether pickup and fifth-wheel or travel trailer, or motorhome and toad or other trailer, 22406 applies.

Idaho has a strange way of wording their restriction. They have a special restriction for vehicles with 5 or more axles and operating at a gross weight of more than 26,000 lbs that requires the speed limit to not exceed a limit 10 mph lower than the limit for vehicles with fewer than 5 axles and weighing less than 26,000 lbs. Practically, this means that the highest speed limit for restricted vehicles is 70 mph, but should Idaho modify the maximum speed limit, the large vehicle limit follows by default. However, they don’t include vehicle combinations in that definition, so it may not apply to typical RV combinations.

To be on the safe side, let’s assume it does apply to combinations, however ambiguous that might be:

Those limits are based on the normal 80 mph limit, and the requirement that vehicles listed above have a speed limit no higher than 10 mph below the general limit posted, and no higher than 65 in urban areas.

In that definition, you won’t find any category that includes a motorhome. You will find a definition for a truck, which must include the weight of a truck camper, but not a vehicle towed by the truck. It would appear that if you have a declared gross weight of more than 26,000 lbs (again, that would be weights on a truck and/or trailer, not a motorhome or towed car), you would potentially be subject to the reduced speed limit.

Given typical enforcement tolerances, and that it’s only a 5 mph difference, this is a largely irrelevant reduction unlike the previous states discussed.

If you’re driving a motorhome into Montana, the standard 80 mph speed limit applies. Its 65 70 mph speed limit for trucks with a manufacturer’s rated capacity of more than 1 ton does not include motorhomes, which are a vehicle type defined separately.

If you have a truck with more than 1 ton manufacturer’s rated capacity, towing or not, you’ll have to slow down to a maximum speed of 65 70 mph when you enter the state, whether from one of the Dakotas, Wyoming, or Idaho. North Dakota looks poised to follow the lead of its southern and western neighbors in increasing its maximum speed limit to 80, after which there will be either 3 or 4 states where you’ll be required to drive a speed 10 mph slower than what you were allowed to drive on your way to Big Sky country. Ouch.

As a slight consolation prize, Montana does have the ability to post speed limits greater than the statutory limits, so if you see the 80 mph sign without any additional placard, that’s what applies.

Let’s suppose you’ve traveled west to get to Washington. You entered South Dakota on I-90, and continued west briefly passing through Wyoming, across Montana and Idaho. If you’ve been driving a 2-axle motorhome, towing a car, almost all of that has been under an 80-mph speed limit. Now here comes Washington, begging you to slow down by an absurd 20 mph, while only slowing the rest of traffic down by 5 mph (the legislatively set maximum is 75, though all of Washington’s Interstate highways currently have signs indicating 70 or lower). Yes, like Montana and California that can set up a 15-mph differential between your legal speed and the rest of traffic.

Even worse, while most of the other states make some effort to post what vehicles are subject to reduced limits, Washington posts signs for “trucks”, and includes this language in WA Rev Code § 46.61.410 (2017):

The word “trucks” used by the department on signs giving notice of maximum speed limits means vehicles over ten thousand pounds gross weight and all vehicles in combination except auto stages.

So even though you were likely able to ignore the signs that said “Trucks 70”, here in Washington, they essentially apply to every RV. If you weigh more than 10,000 lbs or are towing, 60 mph it is.